Daniel M. Stingl, M.D. is a Board-Certified Ophthalmologist who received his bachelor’s degree from Tufts University in Mechanical Engineering and graduated with honors in three years. During this time, he did lab research at M.I.T. developing tissue adhesives. He subsequently attended the University of Virginia for one year where he completed a master’s degree in Biomedical Engineering with high honors, specializing in Radiological Physics.

Dr. Stingl graduated near the top of his class from the Medical College of Virginia earning his M.D. while doing research in the Ophthalmology Department evaluating corneal adhesives and developing intraocular endoscopic instrumentation. During his time, he did clinical work at the Richmond Eye and Ear Hospital and the Old Dominion Eye Bank.

Dr. Stingl became very busy in private practice in North Dakota while continuing to give invitational lectures. He then founded a practice in Eastern Oregon, serving as a successful model for ethical cooperation between optometrists and ophthalmologists. He developed innovative techniques in corneal transplantation and cosmetic surgery.

In Florida, Dr. Stingl practiced in Bonita Springs and Naples, where he developed a surgical and laser technique for pterygia treatment with a very low recurrence rate. He has volunteered with the Lions to treat indigent patients and served on overseas missions.

He is married to his darling wife Angela and lives in Melbourne Beach with daughter Elizaveta and sons Alexander and Edward, whom they consider “almost heaven.” He is an avid windsurfer but also enjoys snowboarding, kiteboarding and wakeboarding. 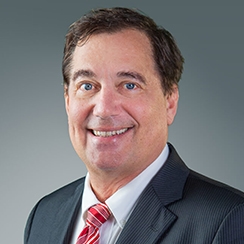